Following the death of Victoria Climbié in 2002, one of Government’s recommendations was that Social Services should be split into two separate bodies, Children and Adult Social Services.

Two years later in 2004, the then Labour controlled Government expanded the Children’s Centres scheme to cover not only children from troubles families, but all children.  In Hampshire at that time, there were just four Children’s Centres.  In 2016, there are 54, but only one dedicated Children’s Centre in each District.  In Eastleigh, the Children’s Centre hub is the Aviary.  In 2013, the County Council cut £6m of the £17m budget and although none of the Children Centres closed, they were merged into clusters, contracted bodies engaged, the hours of operation drastically reduced and staff numbers reduced by 60% with around 112 staff remaining.  The 43 remaining facilities are “Outreach” centres that are leased rooms in community buildings.

The care model has reverted to that of 2004, when low-level advice was given to the majority of families to helping the neediest families in the community.

In the municipal year 2016/17, the £11m budget will be cut by a further £8.5m, so almost nothing left.  Two years ago the Children’s Centre budget was reduced from £17m per annum to £11m, even though there was a cross party call-in procedure by opposition councillors to stop the Tory cuts.  Needless to say, it failed because under the proportional seating policy, the Tories supported their own decision.  You would be right in thinking, “What is the point of a scrutiny committee system!”  With a further £8.5m a year cut, the Children’s Centres will only have a budget of £2.5m on which to operate.

By law when cuts to services as large as these are intended, a public consultation has to take place.  See online at http://www3.hants.gov.uk/childrens-services-consultation The consultation closed at midday on 3 May 2016.  It would be nice to think that the consultation took place because the Tory administration genuinely wanted to improve services, rather than reduce them to fit an arbitrary cut in funding.  So, the consultation is not intended to improve the service provided by Children’s Centres per se, but simply reduce the cost.  The approach being taken is to combine the Children’s Centres with Early Help Hubs, Youth Support and the Troubled Families programme.  Opinion Research Services were commissioned to write a report of the consultation findings, which showed that 1,911 people responded to the consultation.  In the report you will see questions such as;- 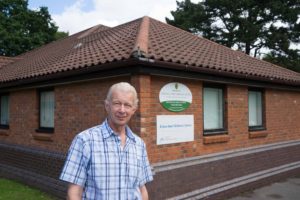 One of the 43 Children’s Centres to close will be the West End Gateway at Townhill Community Centre.  From April 2017, residents will have to travel to the only Children’s Centre in Eastleigh, the Aviary in Blackbird Road.  The report justifying the closure of West End Gateway gave the reason as “Lower level of deprivation and very limited space available making it unsuitable for future use”.  According to Google maps, the journey by bus between the two centres can take anything up to 1 hour and 19 minutes.

The report states that discussions will take regarding potential use for pre-school, but a pre school already exists on the site, Noah’s Ark.

If OFSTED deem a local authority unfit to run particular departments, then “Expert advice” can be sought from a local authority with a better record.  In 2014, this happened with the Isle of Wight Children’s Services department and in May 2016, the council have done the same with another authority’s Children’s Services.  This time Torbay Council, a unitary authority.  Here is the County’s press release.  To read the OFSTED report, “Direction issued to Torbay council”, click here…

Read a Torbay newspaper’s take on the situation, Torbay Council children’s services slammed as “inadequate”.  Although another newspaper reports on the matter slightly differently, Hampshire County Council to advise Torbay on children’s services, despite its own £8.5m cuts.

Select committees at County level can be very demanding if the topics are not within your profession and Children’s and Young Families was just such an example when the topic of mental health appeared on the agenda.  Mental heath in young people is better understood now than it is was only a few decades ago and people like Norman Lamb MP have made a big difference in the area.